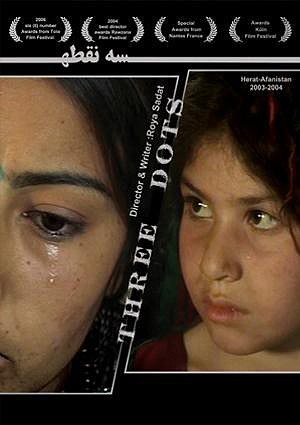 “Three Dots (...) tells the sad story of a single woman named Gul Afrooz living in a village in northwestern Afghanistan along the border of Iran, struggling to raise her three helpless children. Although she is engaged to her lover Firooz, she is forced to marry an old warlord, a Khan. Caught up in traditional structures, the Khan sends her to Iran as a drug courier for an opium smuggling ring."